The EPSB Under-21 Premier Development Tour is open to players aged under-21 who have successfully qualified via events during previous seasons.

The Tour comprises six one-day tournaments during the season, with the best performing players across the season to be considered for international selection.

The provisional dates for the 2021/22 Under-21 Premier Development Tour have now been announced:

Learn how to enter EPSB competitions and how to become an EPSB member this season via WPBSA SnookerScores.

The 2021/2022 EPSB Under-21 Premier Development Tour (U21PDT) is open to players aged under-21 (on the 31st December 2021) who have successfully qualified via events during previous seasons.

PLEASE NOTE: Should an U21PDT event not reach its full player capacity of 32 players, ‘top-up’ players from the Junior Playoffs Order of Merit will be invited to take part. 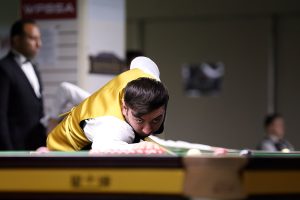