Following the conclusion of this season’s Under-21 Premier and Under-20 Regional Development Tours, attention turns to next month’s Junior Playoffs and the make-up of the circuit for next season.

The EPSB’s junior scene is two-tiered. Whilst the national championships are open to all, the U21 PDT is invitation-only. Aspiring youngsters can earn promotion to it through the regional tours – which are open to all eligible members (who aren’t on the U21 PDT). 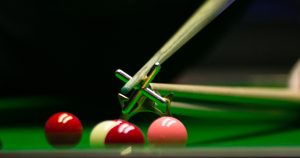 After positive feedback, the format of the 2022/23 U21 PDT will remain the same. There will be 32 tour card holders and six one-day straight knockout events played across three weekends (two per weekend).

A total of 11 players from this season’s U21 PDT are not eligible for next season’s campaign, either due to being too old or having not played in enough events this season.

A total of seven players towards the bottom of the rankings will go into April’s Junior Playoffs where they will try to win back their cards.

A total of seven players have earned automatic promotion to the 2022/23 U21 PDT because of their rankings on this season’s U20 RDT. These are: Faizaan Mohammed, Lee Whaley, Jake Crofts, Josh Symes, Edward Jones, Mitchell Berry, Andrew Robson (7 players). Please note, due to having more entries throughout the season than the south, the north region was allocated an additional spot.

An additional two spaces for the 2022/23 U21 PDT have been kept aside in case current professionals Sean Maddocks and Jamie Wilson are relegated from the circuit. 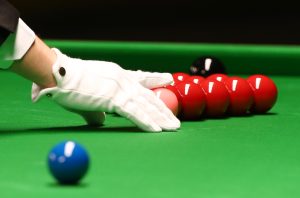 As 23 spaces (as above) are already allocated, there will be nine places on offer at the Playoffs. This is the same number as last season’s Playoffs.

A total of 20 players are set to compete at the Playoffs – again, this is the same as last season.

The 20 players who have been invited to the Playoffs are:

Please note, the north region has again been allocated an additional spot due to more entries

Should any of the above players invited to the Playoffs decline their invite, the next player on the relevant regional list will be invited.

All players above have been sent emails and need to confirm their attendance by 12:00pm on Friday 18th March. If they have not replied, the next person in line will be invited instead.

The format of the Playoffs will be the same as last year’s:

For those that attend the playoffs but do not qualify, the EPSB will once again be operating an ‘Order of Merit’ rankings list.

For Under-21 Premier Development Tour events in 2022/23 that don’t reach its 32-player capacity, players from the OOM list will be invited to play. These players can earn ranking points and prize money, and also compete on the Under-20 Regional Development Tour if age eligible.