Earlier this year, the English Partnership for Snooker and Billiards (EPSB) announced the exciting launch of a new League Registration Programme that has been created to provide a crucial link between snooker leagues and the sport’s national governing body.

The launch of the programme has coincided with leagues up and down the country returning to competitive action after the coronavirus lockdowns and restrictions of the previous 18 months or so.

One such league that has signed up to the initiative is the Bath Billiards & Snooker League which can boast a long and established history with Judd Trump and Andrew Norman as former players. 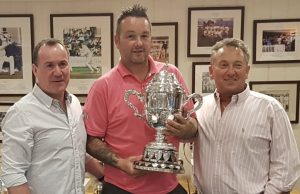 A Long and Proud History

League Secretary for the Bath Billiards & Snooker League is Mark Hodder, who talked to the EPSB about the League’s past and present.

“The Bath Billiards & Snooker League is open to players of any level. It was inaugurated in 1920 when the first billiards competitions started. The League is now celebrating a delayed centenary anniversary after last year’s lockdown and non-action,” said Hodder. 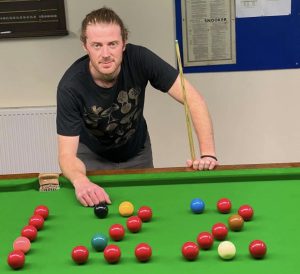 The league currently has two divisions with teams made up of three players. Their season has an interesting schedule with the first half seeing teams playing each other within their division on a home and away basis off levels. Teams score a point per frame won with players taking part in best-of-three matches against their opponents in Division One, whilst in Division Two individual matches are two frames.

The second half of the season after Christmas is the League Cup involving all teams, although this is handicapped to allow for the disparity of abilities across the two divisions.

In addition to these events, the League – which has a committee of five people representing five different clubs – also hosts knock-out, doubles and singles competitions across the season.

Despite being a relatively modest-sized league, several century breaks have been made in its competitions. Only last month (October 2021), though, Lee Jorden (pictured) made the highest break ever recorded in the League’s 100-year history with a 122 clearance.

Not too many local leagues can say that a future world champion and world number one played in their events, but the BB&SL can.

“Judd Trump took part in some of the Bath league competitions in his youth. His name is on the doubles trophy as a winner when he was about 12. Andrew Norman (a former professional player) also played billiards in the league in the 1990s” said Hodder.

To find out more about the Bath Billiards & Snooker League, please visit their website here.