As we head in August, local snooker and billiards leagues up and down the country are taking team registrations and preparing for a new season of competition and camaraderie. 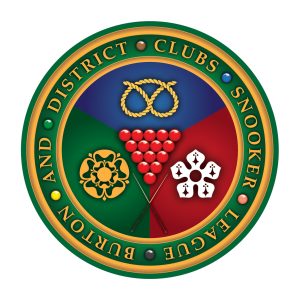 One such set-up is the very well-established and vibrant Burton & District Clubs Snooker League, which is believed to be nearing its centenary anniversary.

“We are trying to track down exactly when the league started.” said Carl Poulton from BDCSnooker. “We believe that within the next five years the league will be 100 years old. We have looked in some of the archives and need to do some more digging but welcome any other information the community may have.”

Poulton deals with the website administration, and is the tournament organiser and treasurer for the league. Along with the chairman, there is also a small committee of officials that are all dedicated to help run it.

The league is open to venues with two or more snooker tables within the Burton and district area. There are registered teams from Ashby de la Zouche, Alrewas, Swadlincote, Newhall, Stapenhill, Woodville, Tutbury and Rolleston.

League matches feature teams of four players, with a player facing the same opponent over two frames – all off scratch. With eight frames being played across the whole match, teams gain a point for every frame won, and collect an additional point if they win the match (reach at least five frames).

The overall structure currently has three divisions, with a three up, three down promotion / relegation system. The Burton league enjoys healthy numbers, with 38 teams registered and over 200 players competing last season. 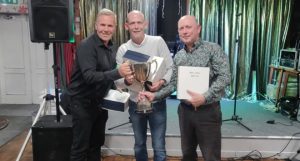 They also hold two team cup competitions (Orme Shield and Presidents Cup) and several individual / doubles events played over both scratch and handicapped formats. There is also a billiards championship and an end-of-season snooker invitational featuring the top eight players from the averages of the premier league and divisions 1 and 2. 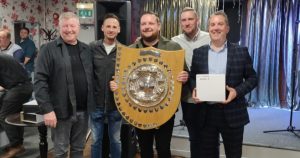 “Gilbert is the co-owner of a new club called Potters in Swadlincote which plays in the league, and he also sponsors the Orme Shield competition. We are very thankful to Dave and all our other sponsors and supporters.”

Daniel Blunn – World Disability Billiards and Snooker’s most decorated champion and currently top of the Group 4 rankings – is also a league regular.

The league has a dedicated archive section called ‘Memory Lane’ looking back at several stories that made the newspaper in years gone by.

We would like to say a big thank you to Carl Poulton from the Burton & District Clubs Snooker League for taking time out to help compile this feature. 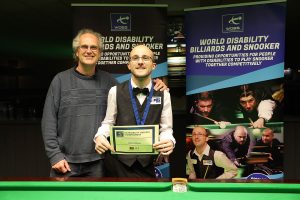 In the photo at the top of the page are the Division 1 winners: Alrewas C (W. Pereira, D. Trueman, C. Poulton, L. Parnham, B. Stewart, I. Hiley)