Sanderson Lam claimed the fifth and final English Amateur Tour title of the 2019/20 season at the Tamworth Sports Bar on Saturday.

Former professional Lam, who was runner-up at event one, began his day with a 4-0 win over Jed Mann where he rounded proceedings off with a break of 112. Efforts of 74 and 64 then helped him navigate Phil Dayton 4-1 in the last 16.

100th English Amateur Championship finalist Ben Hancorn was next up for Lam in quarter-finals, and in an encounter that went to a deciding seventh frame, it was the Leeds based cueist who once again finished a match in style with a run of 116. Youngster Aidan Murphy had impressed in Tamworth but his sequence was ended by Lam (94 break, frame one) 4-2 in the last four.

Lam’s opponent in the final was the returning Jason Tart, making his first appearance on the tour since event two in October. Tart had previously not been past the last 16 in his opening two outings, but victories over Scott Rogan, tour number one Rory McLeod and Harry Farrell got him to the semi-finals where he ousted Callum Beresford 4-3.

It was 26-year-old Lam who started the final with conviction – breaks of 88 and 74 settling him down with a 2-0 lead. Tart managed to get a foothold by chalking up two of the next three frames (51 break, frame five), but a run of 90 aided Lam to get over the line in frame six to record a 4-2 result and secure the title.

It was a double celebration for Lam as he managed to obtain one of the three 2020 EBSA European Amateur Championship invitations up for grabs at the beginning of the day.

Initially outside of the top three places before play began, the 100 points Lam accrued for winning saw him finish the season in third place on 230 points.

Rory McLeod – winner of events one and four – ends the season as the tour’s number one ranked player on 250 points, just 15 points ahead of event two winner Daniel Womersley (235). Womersley had earlier reached the quarters where he lost 4-3 to Beresford. 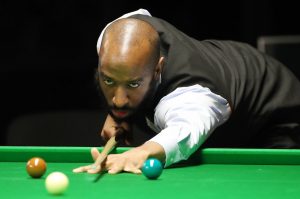 As McLeod had already earned a European place via reaching the 100th English Amateur Championship final last week (along with Hancorn), though, there was one ticket still available. This went to two-time tour event runner-up Sean O’Sullivan, who despite losing 4-3 first round to Manasawin Phetmalaikul, finished in fourth on 205.

Congratulations to Daniel, Sanderson and Sean who join Rory and Ben as our invited players to represent England at the upcoming championship which takes place in Portugal in March. The winner of this continental title will also receive a two-year professional tour.

Brown was in possession of a place before a ball was struck in Tamworth but he lost to Murphy in the last 16. Hallworth could have forced his way into the top three, but after fine victories over fellow qualification contenders Hamim Hussain and Lee Shanker, his day was ended by Murphy too, in the last eight.

Hallworth did have the minor consolation of pocketing the top break prize having crafted a 135 against Shanker in the last 16. There were four centuries in total on the day with Womersley also constructing a 107.

The EPSB would like to thank the Tamworth Sports Bar for hosting the event, and to tournament director Peter Ogburn (pictured above) and his team of officials who worked hard during the day. We would like to thank all the venues and officials involved throughout this season’s tour and to all the players who supported the events. 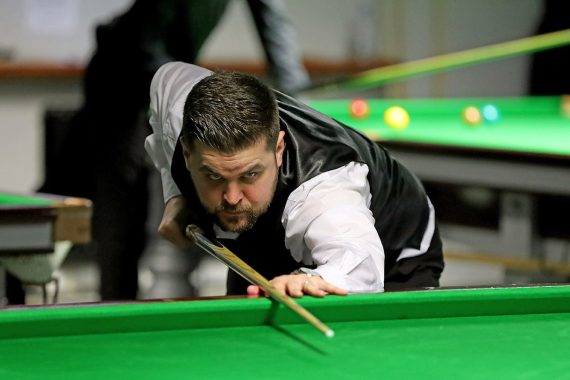