The University of Manchester won their first ever snooker team championship at the 2021/2022 BUCS-UPC University Snooker Championships in June 2022.

As announced here, the Universities Pool Council – recognised by British Universities and Colleges Sport as the governing body for university cue sports –affiliated with the EPSB in 2020. These championships are run every academic year with any person who is studying at a higher education institution affiliated to BUCS, doing at least a part-time degree, eligible to enter. 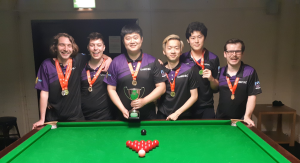 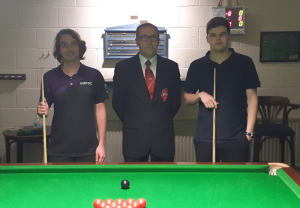 In the Individual Championship, defending champion Lennard Cripps (University of Kent) retained the title he won back in 2020. He faced number two seed Matei Rosca (University of Manchester) in the final, who initially took the upper hand by winning the first frame and being over 30 points up in the second. However, Lennard made an important contribution of 48 in the second frame, and carried the momentum to eventually win 3-1, also contributing a 46 in the final frame.

The Universities Pool Council wishes to thank Cueball in Derby for all of their hospitality during the event to the players, as well as the tournament referee Julian Bell. For more information about the UPC, please visit their website here. 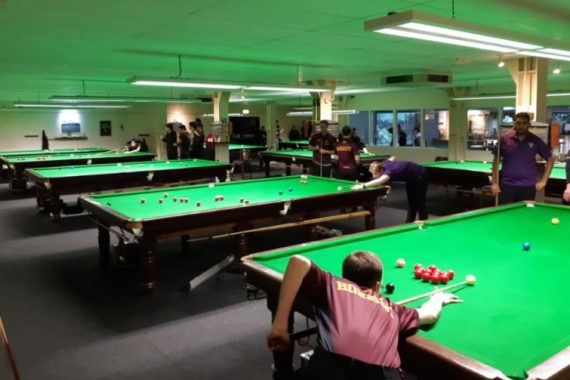