Next up in our series focusing on snooker and billiards leagues across England, we are off to Birmingham…

One of the nation’s most vibrant and diverse set-ups, the Birmingham Efficiency Snooker League was founded in 1950 and is open to teams from the Greater Birmingham area that play in venues with more than one table.

A very welcoming and inclusive league, all-women teams, teams from the BAME community and players with disabilities have all signed up to take part down the years.

Steve Garner is the Chairman and works alongside a General Secretary, Treasurer and three committee members to administrate proceedings.

The BESL season runs from September to April and currently has a four-tier league pyramid catering for a wide range of playing abilities (Premier, Divisions 1, 2 and 3). Each division has its own league cup, singles, doubles and triples competitions.

All league and cup games are played off scratch and there are 20 league fixtures per season on a home and away basis. Team matches consist of five players playing one frame each with one point awarded for each frame won. 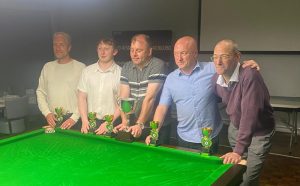 The league currently has 500 registered players and competes in an annual rep match against the West Midlands League.

Several famous names from the green baize have graced the League including former world professional championship finalist Graham Miles who was also one of the BESL’s early officials.

Other former professionals to have signed up and played in recent years include Anthony Harris, Simon Smith, Karl Payne and Daniel Buskin. As a junior, Buskin defeated a certain Ronnie O’Sullivan and represented England. He is now a well-respected WPBSA qualified coach and has a busy coaching school encouraging juniors into the sport at the Q Bar in Walsall. 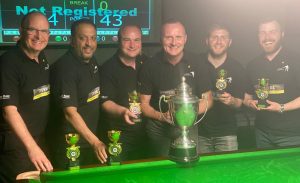 Current World Snooker Tour professional Mitchell Mann has also been a very familiar face around the venues within the League set-up in previous years.

The Birmingham Efficiency Snooker League is inviting new teams and players for the upcoming 2022/23 season. If you would like to learn more, please visit their website and Facebook page.

Images from top to bottom of page:

Many thanks to League Chairman Steve Garner for helping us with the creation of this article. 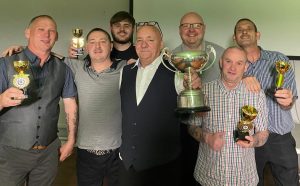 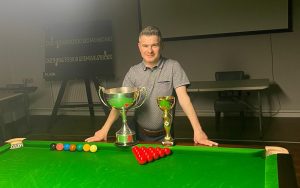