Home » Jake Nicholson to be Remembered with 6-Reds Trophy

Competitors at this season’s English 6-Red Snooker Championship will for the first time play for the Jake Nicholson Trophy, named in honour of the former back-to-back champion.

The snooker community was deeply saddened earlier this year when news was learned that the popular Nicholson had passed away aged 28 due to cancer. A cueist with a highly-decorated amateur career, Nicholson’s memory will live on for generations to come on the baize with the naming of silverware that he lifted twice. 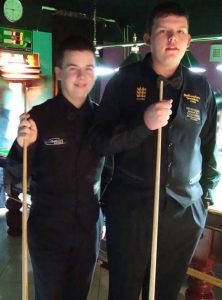 A footballer and cricketer in his youth, it wasn’t until he was 14 that Jake began playing snooker with his father having initially played pool with his nan in the pub that his family used to run.

It was clear that Jake had a natural talent for the sport as he was making half-century breaks within eight weeks. His father took him to the late Steve Prest for guidance – at the time Prest was coaching Shaun Murphy; Jakes’s cue action would be styled around that of the 2005 world champion and the pair practiced together. John Higgins’ all-round matchplay was the reference point that Nicholson ultimately aspired to.

The Yorkshire youngster went on to represent England at every level. In 2009 he defeated future professional ranking event winner Luca Brecel 5-2 in the final to win the European Under-17 Open in Malta.

Success at national level came in 2014 when he won the English 6-Red Snooker Championship following a 6-2 triumph against Darren Cook in the final at the Northern Snooker Centre in Leeds – a venue that Jake used to practice in frequently. 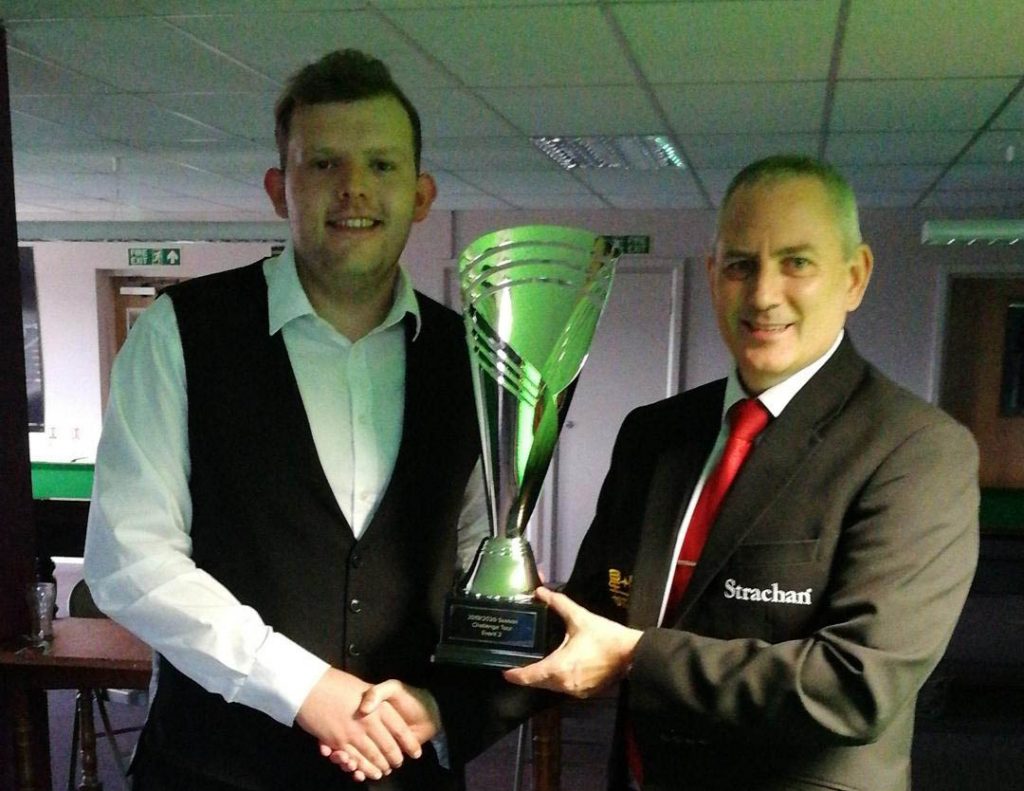 Incredibly, twelve months later, Jake defended the championship with a 6-0 whitewash in the final to become the first and – to date – only player to have claimed this specific title twice, yet alone in consecutive years.

In 2017, Jake was diagnosed with cancer. However, he continued to work hard towards achieving his dream of reaching the professional circuit, and in September 2019 he won the second WST Challenge Tour event of the season after a 3-1 success over Andrew Pagett in the Newbury final.

Inspirationally, later that season he defeated professional player Brandon Sargeant 6-2 in the first round of the world 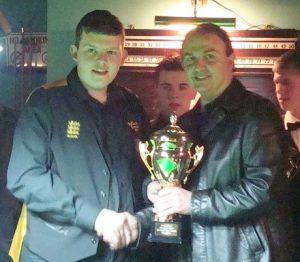 championship qualifiers in Sheffield. Jake also went on to play at the Q School a few weeks later where he registered several wins.

The Nicholson family is delighted that the national 6-reds trophy will be named after him. His father, also called Jake, would only rarely miss the opportunity to watch his son in action. He said “It will be an honour for the trophy to be named after Jake. Throughout the family, and we’ve spoken to quite a few people, we all want to support it. It’s great for the EPSB to do what they are doing with it. We are over the moon and we will be at the Finals Weekend to watch the final.”

Simon Berrisford – Chief Executive Officer for the EPSB – said “Personally I never had the privilege of meeting, or watching Jake compete, but I appreciate what an admired and fantastic player he was with a string of impressive titles to his name.

“It’s clear to see how much Jake meant to people with the outpouring of emotion from our community – we are tight knit and come together when we lose one of our own. It is a fitting tribute to name the national 6-reds trophy after Jake who achieved the incredible feat of successive victories.”

The regional qualifiers for the 6-Reds Championship take place on Saturday 18th December in Darlington and London. Players can enter via snookerscores.net now. 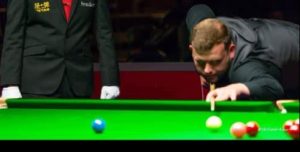 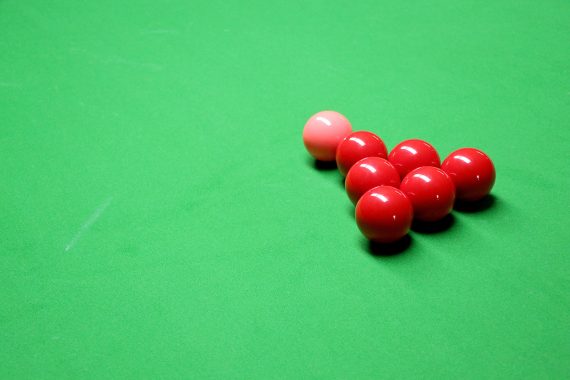