Players from up and down the country congregated at the Northampton venue to contest the national championship which was being held for the first time since 2016. When the English Partnership for Snooker and Billiards took over the running of national events last summer, one of its aims was to welcome more women into their national membership and create more playing opportunities for them.

Parker – a former world women’s under-21 champion and the current world number seven – went the entire event undefeated. The 20-year-old finished top of Group B with five wins from five, including 2-0 victories over Jan Hughes and Harriet Haynes, and recovering from losing the first frame to overcome Chloe White 2-1. She also registered a 57 break – the tournament’s highest  – during a 2-1 win over world number eight Suzie Opacic.

One of the highlights of the round robin phase was Parker’s tie with world number four Kenna who made a 30 break in the opening frame, only to lose it to Parker who compiled a 31. Yorkshire’s Kenna levelled with the help of a 46 but a 32 aided Parker in coming through the decider. Despite this loss, Kenna qualified for the semi-final knockouts in second with four match wins.

Steph Daughtery didn’t drop a single frame as she topped Group A with an impressive 100% record. The teenager recorded 2-0 successes over Chrissy Allwood, Annette Bates, Connie Stephens and Nat Howard. Advancing with Daughtery into the last four was Allwood, after she won all her other matches 2-0 to finish second. 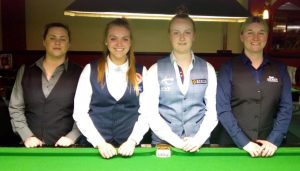 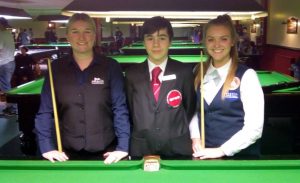 In the semis, Parker ousted Allwood 2-1, whilst Kenna – who reached the final at this competition’s last staging four years ago – made the title match again when she ended Daughtery’s challenge, 2-0.

Meeting for the second time that day, Kenna led the opening frame of the final by 40 points before Parker recuperated to claim it. She then scored well in the second frame to close the match out and secure the glory.

Following her triumph, Parker said ‘I am feeling over the moon with winning and about how I am playing. I was very happy not to lose a match all day and to beat the world number four twice in one day was pretty good going! It’s a great title to have and hopefully there will be more events like this in the near future.’

Thank you to all the players, officials and Barratts for supporting this event. Results can be found on snookerscores.net here. 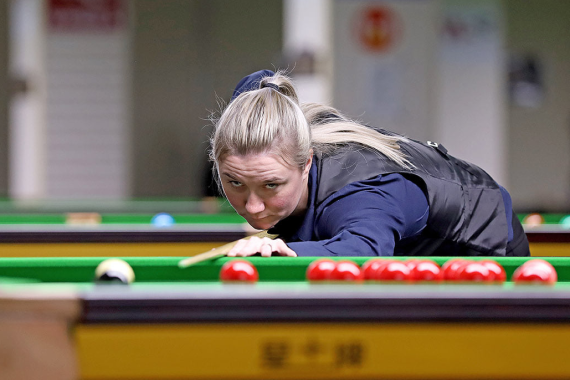