The penultimate leg of the series broke off with Saturday’s groups phase where Wilkes topped Pool C on frame difference ahead of Stephen Broadhead and Michael Wrigley who also registered three wins from four. During his matches Wilkes compiled a 103 – at the time the highest break of the event – and five other half-centuries. Elsewhere, Mark Ball, Richard Emery and David Brown also collected maximum ranking points for heading their groups too.

Onto to Sunday’s knockout portion and Wilkes highlighted breaks of 53 and 63 in eliminating Charles Mathura 3-0 in the last 16, before bettering that with runs of 120 – which would stand as the event’s highest – 80 and 70 to dispatch Colin Mitchell by the same outcome in the last eight. He then top scored with a 93 when turning a 1-0 deficit into a 3-1 victory over Brown in the semi-finals. 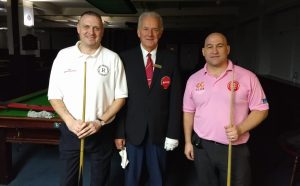 His opponent for the title was Ball, who had reached his second tour event final of the season following defeats of David Brock, Broadhead and Emery. A break of 43 aided Wilkes to claim the opening frame but the event two runner-up struck back with a break of 56 in frame two to level up. However, Wilkes returned to strong scoring mode as contributions of 84 and 72 left Ball pointless in the final frames and he came through a 3-1 winner – the fourth different champion in as many events this term. A clinical display of break-building throughout the two days near the south coast, Wilkes racked up 14 efforts of over 52, including the two aforementioned centuries.

Despite having not passed the quarter-finals in any of the opening three tour events of the season, Wilkes has accumulated vital ranking points by finishing first in his group on all four occasions. The maximum 150 points he gained from Waterlooville puts him to the front of the rankings list with just event five on the 22nd and 23rd of February at Barratts in Northampton to go.

Ball – the only player to make multiple seniors finals this season, so far – is in second place on the same number of points as David Brown.

Thank you to tournament director Barry Ennever and host venue Waterlooville Sports Bar for their hard work on the event. 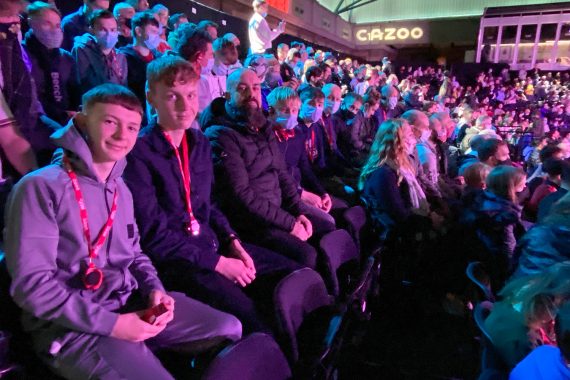