Earlier this year, the English Partnership for Snooker and Billiards (EPSB) announced the exciting launch of a new League Registration Programme that has been created to provide a crucial link between snooker leagues and the sport’s national governing body.

One such league that has already signed up to the initiative is the Aldridge & District Snooker League (ADSL).

With 250 players registered, the ADSL is one of the busiest and most impressive leagues in the country, providing its members a comprehensive programme of competitive opportunities. It can also boast several high-profile cueists that have played in its events. 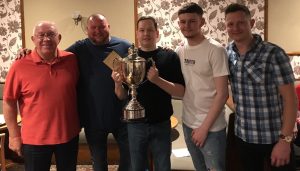 Currently sponsored by EPSB 147 Club Landywood Snooker Club, the ADSL was founded in 1958 and is open to all players.

The league structure features two tiers – the premier division and division one. Matches are played off scratch with five players a side. Each player has a frame, with a point awarded for a frame win and an additional point awarded to the overall winning team.

As well as the leagues, there is a League Cup featuring the teams from both divisions, although this is handicapped with aggregate scores determining the winning team.

As a league they have enjoyed success when winning the West Midlands Inter Town Competition in 1971 – an event they also reached the final of last season when they lost 4-2 to Oldbury. 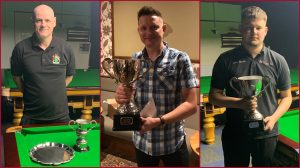 One of the ADSL’s most prominent players is Adrian Rosa. The former world number 88 has won a host of titles within the league and is currently the ADSL Individual Champion.

Other big names in the league include Robbie James who is the current masters champion and in 2020 made a break of 140 – the highest ever recorded in the ADSL. 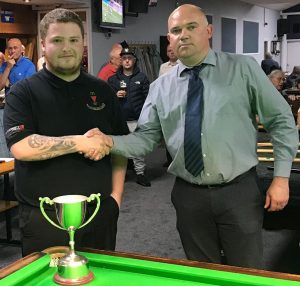 Many thanks to Lee Thomson, who has been the ADSL Match Secretary for eight years, for helping us with the creation of this article.